Books / What Edward Heard
Hello!
I hope you are well. Ireland’s forests are beautiful in the autumn, full of color.

As I was walking through the forest earlier this week, I was reminded of these lines from What Edward Heard. They are the beginning of chapter two, when we first meet Edward.
The Western Front, France, Autumn 1916

In a torrent of autumn leaves, Edward fell to his knees. The harsh ground pressed back against him through a layer of mud. The presence of autumnal glory—the scarlet, gold, and whispering orange— so ubiquitous at home were a scarcity here, like some long-forgotten jewel unearthed by khaki-clad explorers. Home, the word hung heavy in his thoughts. The leaf beside him could just have easily fluttered south from the arching maple trees beside his house so far away. His finger reached for its crisp cloak now and traced the raised vein of his foliage companion. He tried to feel its coursing heartbeat and a small assurance that life, threatened constantly around him, continued in some normalcy here. The leaf did not oblige and instead the jarring of the machine guns thundered in his ears.

If you haven’t read What Edward Heard yet, here’s more information about it.

The Trenches shattered his hearing, but the Painting will change him Forever. 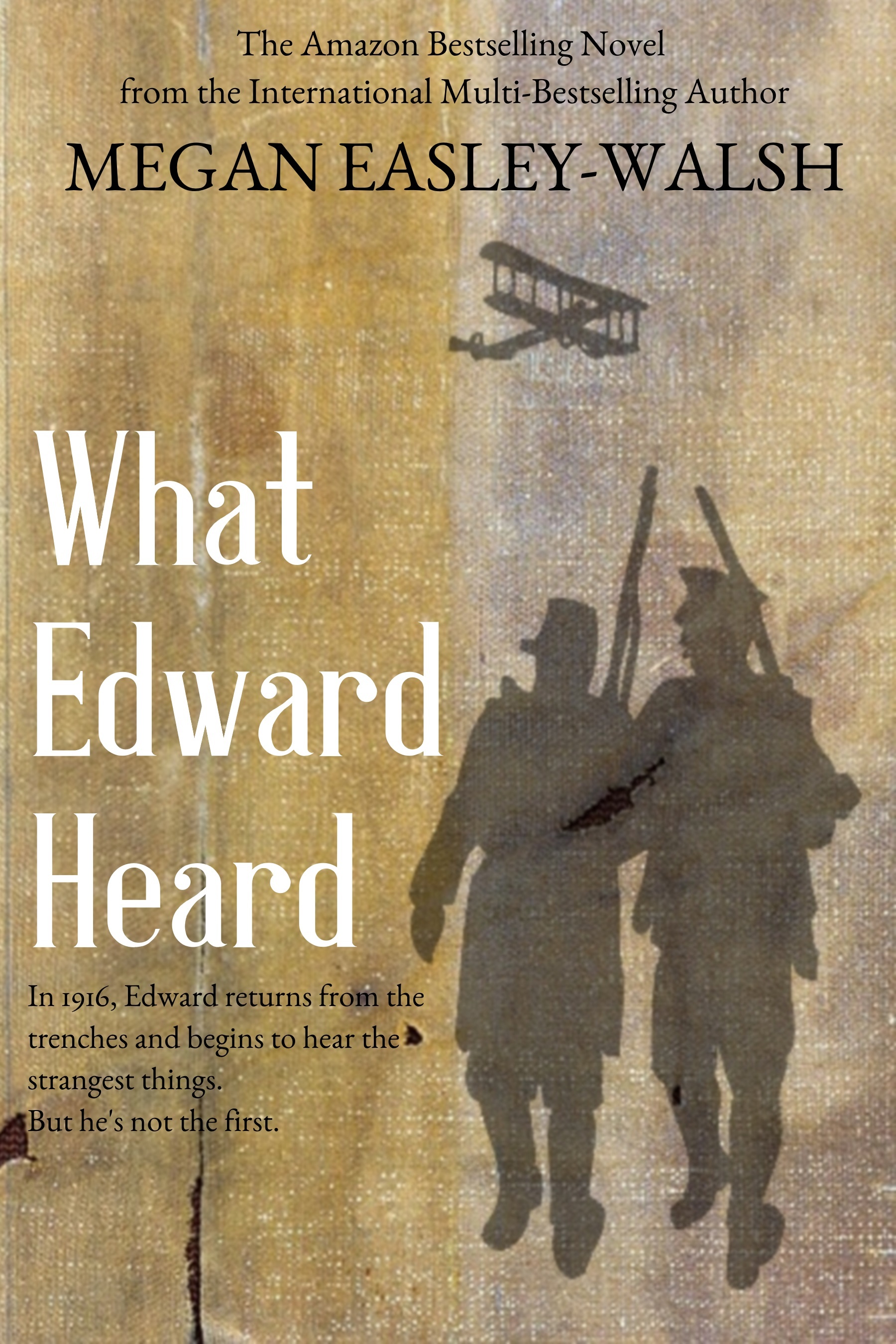 Readers describing this WWI historical mystery, with romance, and a touch of magical realism:

★★★★★“The historical details of the novel are excellent and ground the reader in the various settings. The experimentation with form is creative and clever without being a distraction from the story of the novel. Definitely an enjoyable read!”

★★★★★“What Edward Heard is an exciting collection of stories about individuals whose lives are intertwined across time and place… I heartily recommend this book!”

In Venice in 1566, Francesco paints a portrait of the woman he loves. In 1916, Edward Jamison returns to England from the trenches of the Western Front. Believing that the most life-changing events are behind him, he soon encounters something profoundly more powerful: the portrait of the painted lady.

Partly deaf from his injuries in the trenches, he begins to hear the strangest things. But Edward Jamison is not the only person who has become a part of these mysterious happenings. From Renaissance Venice to the French Huguenots settling in England to the American Revolution in Virginia and beyond, the painted lady has touched the lives of many.

As Edward searches for clues into the painting’s past, he’s drawn into another mystery, involving a girl with amnesia and the lady of the manor that she works in. All is not as it seems in the quiet English countryside. If Edward is to save himself and all of them, he’ll have to face his biggest fears. But, what if the painting has another plan for him?

My best to you all,
Megan

What the Symbols of Halloween Teach Us About Writing and Life